About Taps For Veterans 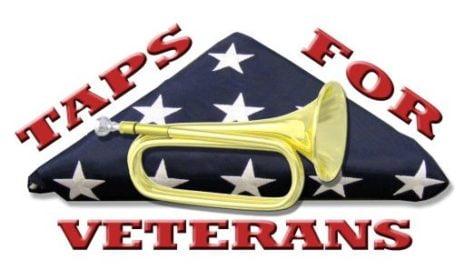 Our primary mission at TAPS FOR VETERANS is to match buglers with families of veterans who wish to honor them with the sounding of Taps. We provide our matching service at no cost to veterans families with funds from donations and sponsors along with sales of commemorative items.

TAPS FOR VETERANS is led by former military musicians who acutely understand the importance of properly sounding Taps, our “National Song of Remembrance” as a way of expressing the nation’s gratitude for a veteran’s service.

TAPS FOR VETERANS sponsors national and local events including: